In this article, we look at 14 of the best stocks that you can invest in. as a rule of the thumb, you should buy stock from companies that are stable and show potential for growth in the future. In addition, you should consider industries that have least effect in times of economic crisis. Let’s look at these companies. 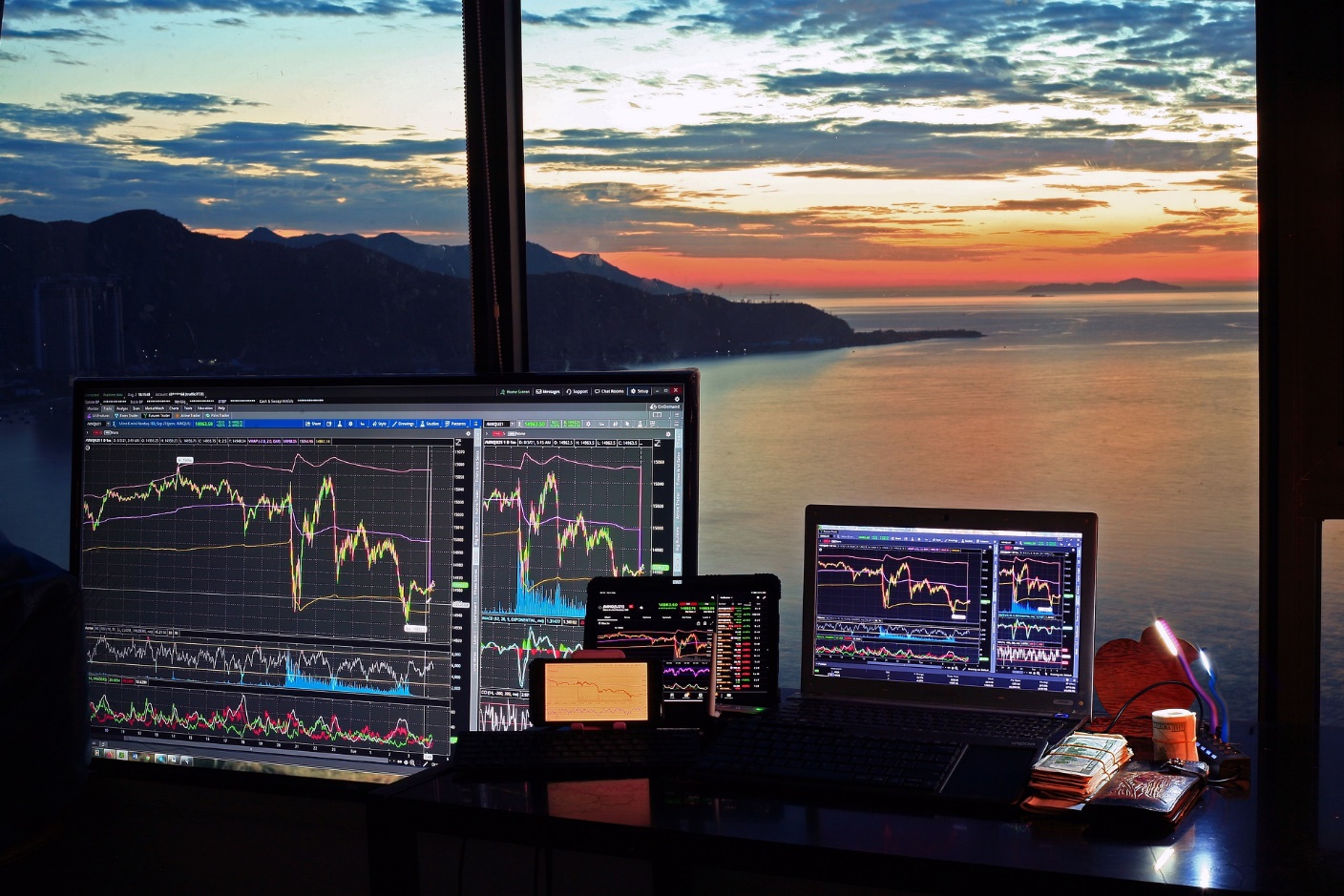 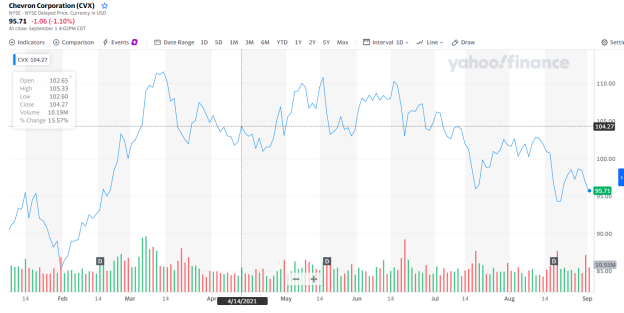 The Chevron Corporation primarily deals with the petroleum and gas industry. It is involved in the exploration, development, and production of crude oil and natural gas. It also offers a wide array of services in the energy sector. Chevron Corporation has a $1.71 EPS which surpassed the $0.11 estimate.

The company also had a revenue of $37.60 billion surpassing the expected revenue by a whopping $1.15 billion. More than 50 hedge funds have stakes worth $4.3billion by the end of 2021 second quarter. This is an increase of 9 hedge funds compared to same period last year.

The Virginia-based company is one of the biggest players in the tobacco industry. It is involved in the whole tobacco production and distribution chain. For example, it procures, packs, and ships tobacco leaf to manufacturers of tobacco products. It is also one of the best dividend growth stocks today.

Universal Corporation had a revenue of $350 million in the first quarter of 2021 which is an increase of 10.8% year over year. The EPS over the same period was capped at $0.30. at least 9 hedge funds hold stacks worth $87 million. However, this is down one hedge fund since it had 10 hedge funds in the previous quarter. 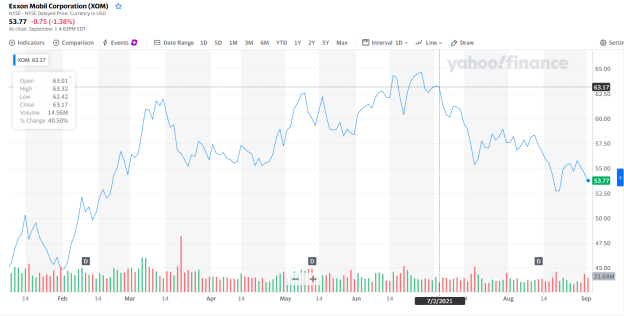 This is yet another stock you can buy today. The energy giant is involved in numerous energy dealings such as manufacture, selling, and transportation of crude oil, among others. The company has set a record of paying dividends over the last 38 years.

The Corporation had a $1.10 EPS in the second quarter of 2021. While the estimate revenue was $3.02 billion, the company was able to surpass that to record a $67.74 billion revenue which was up 107.77% year over year. There are 68 hedge funds that hold stakes in the company. 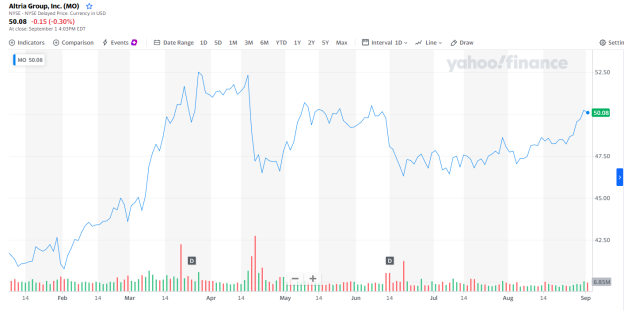 Like Universal Corporation (UVV), Altria Group, Inc (MO) is a major player in the tobacco industry. It produces and sells tobacco products such as cigarettes with some notable brands being Black &Mild. The company surpassed its EPS estimate to record and EPS of $1.23. it also surpassed its $250.80 million revenue estimate to hit $5,61 billion.

This is a 10.90% increase year over year. At least 47 hedge funds with a total stake value of $1.1 billion hold stakes in the company.

This is a company that invests in the healthcare industry. The REIT company is also one of the best dividends paying companies on the market. as of writing, the company manages more than 71 properties in over 21 states. The company had a revenue of $20.88 million in the second quarter of 2021 which was up 8.3% year over year.

Its FFO in the same period was capped at $0.92. Its stake is held by nine hedge funds with a total value of $25 million. This is an increase of 5 hedges funds since it had 4 in the previous quarter. It is in fact one of the most stable stock to invest in today.

IBM is one of the founding companies in the computer industry. It offers a range of IT services such as consultancy and software development. Others include data analytics, cloud storage, and software integration. This is yet another stock to invest in, if you are into dividend stocks.

The company deals in different banking segments such as municipal, commercial, and retail banking. This must-buy stock had an EPS of $0.41 in the second quarter of 2021. The company had a revenue of $479.90 million. This means it did not meet its $497.6 million estimate.

There are 24 hedge funds that hold stakes valued at $219 million. The company has therefore experienced an increase of 4 hedge funds compared to the previous quarter.

This company deals with healthcare and biotech services. Some of the products it deals with include mantle cell lymphoma and chronic lymphocytic leukemia, among others. The company recorded a $3.11 EPS in the second quarter of 2021 surpassing estimates by $0.08. 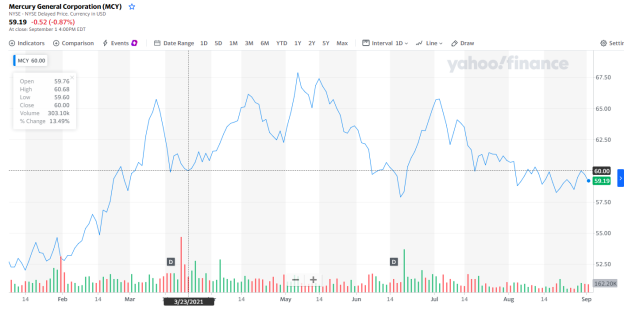 This is a casualty and property insurance company. It offers a wide array of insurance services such as bodily injury, collision, personal injury protection, property damage, and sells insurance products. Its EPS in the second quarter of 2021 was $1.13 beating the $1.10 estimate. The company also had a revenue of $957.34 million which was a 16.9% increase in the same period last year.

There are 14 hedge funds that hold stakes in the company with a value of $175 million. The company has gained by 30.7% in the past year and the growth continues to increase. If you are looking for a stable stock to invest in, consider buying the MCY stock.

Nvidia is a leading manufacturer of chips that power most of our autonomous products. This includes unmanned vehicles and robots. Its graphics processing cards are used in many gaming computers. They make games look somewhat real. The company provides chips for companies such as Amazon and Nio (car manufacturer).

Its stocks have shown resilience, surging back above the key benchmark. Thanks to the surging sales of games and data-center processor, the company registered an EPS of $1.04 in the second quarter of 2021. The company estimates to make revenue of up to $6.8 billion which is a 44% increase year over year.

Snap Inc is a company that deals with camera solutions. Its most popular product is Snapchat; a camera application that let’s people chat while sharing images. Snap Map is yet another product that is gaining popularity among smartphone users. It allows you to share happenings around you.

Snap Inc stocks are up by more than 43% in the second quarter of 2021. It also recorded a $982 million revenue which was up 116% year over year. Users of its application rose to 293 million surpassing the 290 million estimates.

Lennar corporation is a homebuilding company that has more than five subsidiaries. Some of them are Homebuilding Central, Homebuilding East, and Homebuilding Texas. It is involved in buy, development, and selling of residential houses. Other services include mortgage, insurance, and consultancy.

The company had a revenue of $6.4 billion with a $2.65 earning per share in the Q2 of 2021. There was a 14% increase in home deliveries in the same period. At least 14, 493 homes were delivered in this period. LEN is one of the most stable stocks to invest in.

This leading eCommerce giant in Latin America has registered a gradual growth in its shares in the last decade. Founded in Argentina, the company has branches in 18 Latin countries. In the second quarter of 2021, its share prices earnings rose to $1.37 per share registering a 23% growth. This in return had the company register a revenue of $1.7 billion.

According to Statista, at least 668 million shoppers visited the eCommerce site in April 2021. The company receives much of its revenue from countries such as Mexico, Brazil, and Argentina.

These are the best stocks that you can buy today and expect high returns. They are stocks of some of the most stable companies. These companies are in industries that are rarely affected by economic downfalls. Besides, their revenues are growing year over year.